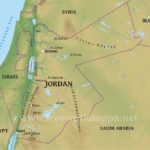 360 turbines is delighted to announce that we have reached agreement with Mohammed Almasri CEO of Almasri Energy International to represent 360 turbines in the Hashemite Kingdom of Jordan. With an ever increasing demand for power generation in the Kingdom 360 Turbines, together with Almasri Energy Internation, is uniqely positioned to supply the market with new and pre-owned  industrial gas turbines along with new, pre-owned and overhauled hot section components for new and existing power plant projects, service and overhauls. In addition we now offer new, pre-owned and overhauled rotors for many makes of trubines. 360 Turbines now offer a wide range of combustion marterial at extemely competative prices.

Feel free to contact Mohammed to discuss further the full range of services offered by 360 Turbines at: